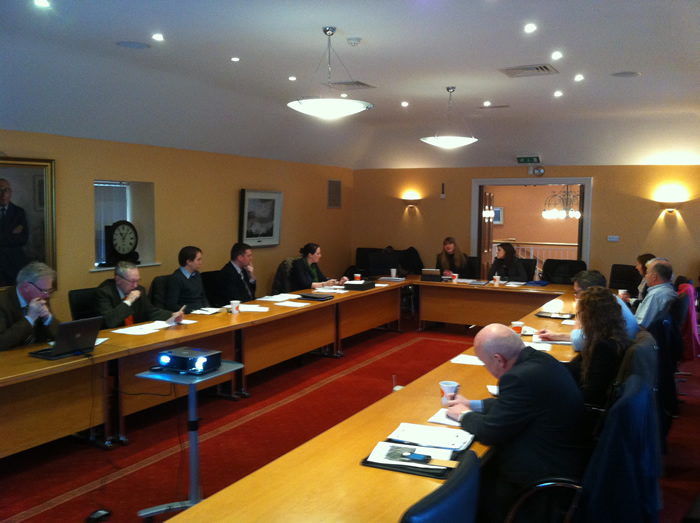 The BMW Regional Assembly and NUI Galway hosted the first consultation workshop with marine stakeholders in Ireland as part of the EU Marnet project (Marine Atlantic Regions Network) on Thursday, February 7th 2013 in Dublin. The purpose of the workshop, which was attended by Marine interests such as Bord Iascaigh Mhara, the Marine Institute, the Irish Maritime Development Office and the Regional Authorities, was to brief regional stakeholders on the activities of the Marnet project and to gain initial feedback on the proposed marine socio-economic indicators framework that will be constructed under the project.

The forum event looked at the development of a comprehensive and reliable set of marine socio economic indicators for Atlantic regions and benefitted from the input of the key Irish Marine stakeholders on the proposed economic and geographic coverage of the exercise and the type of data which would potentially be of benefit to Irish Research Centres, Local Authorities and State Agencies.

The development of reliable and comparable marine socio economic data is a key deliverable of the Marnet project, which is a 2.5 year EU project involving public Regional Authorities and Marine Reserach Centres in Ireland, Spain, Scotland, Portugal and France. Data collected over the project period will assist Local Authorities and EU Project Promoters to implement practical initiatives at a local level using robust and reliable marine socio-economic database. The project will also support a wider network which will enable researchers and public bodies to benefit from further collaboration opportunities in EU Programmes and will strengthen strategic marine alliances in Europe. It is also anticipated that the EU Commission will use the project results in the context of the Atlantic Maritime Regions Strategy which will be completed in 2013.