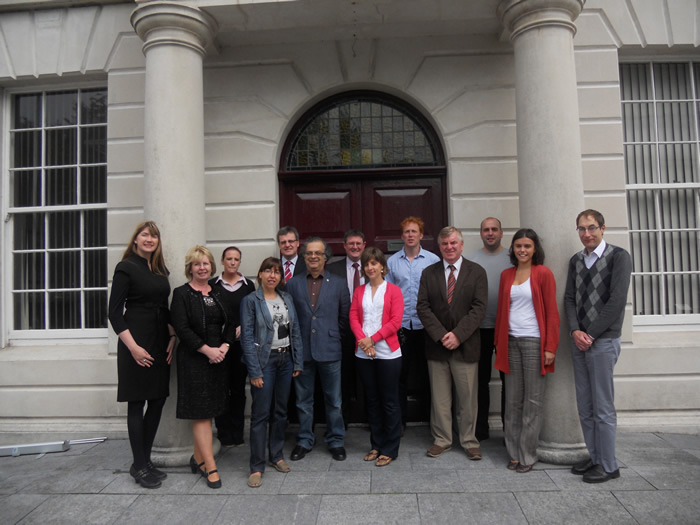 The BMW Regional Assembly together with the Socio Economic Marine Research Unit (SEMRU) at NUI Galway hosted the inaugural meeting of the MARNET project at the Cairnes School of Business & Economics, NUI Galway on July 11th and 12th last.

MARNET (Marine Atlantic Regions Network) is a 2.5 year collaborative transnational project involving maritime regions from the Basque country of Spain, Brittany in France, Stirling in Scotland, Porto in Portugal as well as the Border Midland and West region of Ireland. The BMW Regional Assembly is lead partner of the MARNET project which will map the value of the Atlantic marine economy through the development of reliable and comparable socio economic data. The €1.3m project involves the participation of marine researchers as well as Regional Authorities across the Atlantic Area. In Ireland the expertise of the Marine Socio Economic Unit at NUI Galway will be crucial in developing a framework from which new added value activities within the marine sector can be developed to add to the 17,000 jobs already supported by marine related activities in Ireland. MARNET will also complement the integrated plan for the Marine Economy launched in February 2012 by Minister for Agriculture, Food and the Marine, Mr. Simon Coveney, TD. The Plan aims to grow the marine sector and move from generating only 1.2% of GDP from this vast and diverse marine resource, which covers an area 10 times the size of Ireland’s land mass.

Local Authorities with marine interests will benefit from the MARNET project through the development of practical initiatives aimed at growing the marine sector at a local level.

The Project is part funded by the ERDF through the EU Interreg Atlantic Area Programme 2007-2013.